The famous story about a monk, who lived in a nearby Abbey. The Monk had lived in the area before the re-formation of the catholic church by Henry VIII.

This monk raped young girls and even murdered them on occasion, he would cut out or bite off their tongues, so if they survived they wouldn't be able to tell anyone what had happened to them, and who their attacker was.

When he was eventually caught, the victim, even though her tongue was bitten off, (she had worked for a nobleman who's daughter had taught her how to write), she was able to identify her attacker by writing down his name, and where he was shortly before she died.

He was arrested and hanged on the Abbey grounds. He was identified as Father Micheal.

A neighbour of the area said that Father Micheal was not the murderer, and that he had a twin brother who was responsible for the rapes and murder, and that out of loyalty, Father Michael took the blame to save his brother.

The girls murders after he had raped them, all took place on Gallows Hill, this was also the location of the 'well'.

He would throw the childrens bodies down the well to disguise their deaths, making people think their deaths were accidents.

The monks brother (FRED) was eventually himself capturedand was hanged like his brother (Father Michael) at Gallows Hill, but he didn't die from hanging, as the process didn't break his kneck, so the locals cut him down and threw him down the well, where he would have drowned.

One year in the planning after watching the two part Most Haunted episodes on ReallyTV, couldn't believe the waiting list, just goes to show the popularity of television. We booked the venue anyway fully paid up, then their were the ludicrous events at 30 East Drive Most Haunted Live, Halloween special 2015, when we realised this place isn't all that it is said to be, but it was too late, as we had already paid for our investigation.

So anyway, the 22nd August 2016 arrived and we duly made our way to Pontefract, and met Carol at 6pm and entered 30 East Drive, first impression of the house  was that it felt like normal inside, no heavy atmosphere, no negativity, and my two children were wondering around the house exploring the rooms, whilst we began to set up the internal locked off cameras.

We began investigating around 8pm, using a range of handheld IR cameras, full spectrum cameras, Ovilus 3, SB7 & SB11 Spirit boxes, EVP recorders, REM-PODS, nothing abnormal or paranormal was captured, we were also using trigger objects in the rooms with locked off cameras in bedroom 1 (Jean & Joe's bedroom) and bedroom 2 (Diane's bedroom), 'Clara' our own haunted doll on the bed, a ring of marbles on the floor in bedroom 1,  both of which did not produce any movement or paranormal activity, we also placed a ball at the top of the stairs which didn't move at all during the duration of our stay, and we also had a ring of foam balls in Bedroom 2, which also produced no sign of paranormal activity.

We had some activity with the SB11 Spirit Box as shown in the video above, we also used an Ovilus 3 device with limited words being produced, it created the words 'Nick', 'Burn' & 'Highway' when David our son did a vigil with it whilst sat on the stairs, we used EVP recorders, and not alot of evidence produced.

Don't expect alot (if any) of paranormal activity at East Drive, what is left is mainly residual, nothing seems to be grounded here, possibly visitation from other spirits though.

Things started to happen in the house almost immediately.

The phenomenon was witnessed by Philip and his grandmother.

Chalk falling from the ceiling

Green foam from the taps and toilet

Sounds of someone running

Growling from the cupboard under the stairs

Plants leaping from their pots

Lights being turned on and off

The story of the monk. 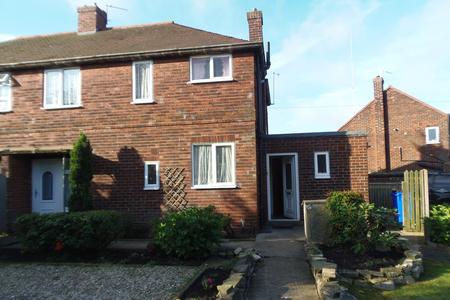 The family referred to the poltergeist as ''FRED''.

With all the activity that was going on inside the house, Jean refused to be terrorised out of her own home.

They had the house exorcised, exorcisms were met with indignation and the walls would seep Holy water, faces were slapped and people were shoved down the stairs.

When Philip and Diane were reaching adolescence, the activity reached a new climatic height.

Diane's long hair was suddenly standing on end, and was followed by her being violently dragged kicking and screaming up the stairs.

The event left her seriously traumatised and visible finger marks were seen on her throat.

Jean and Joe both awoke one night to see a cloaked figure at the bottom of the bed watching them both, before it simply disappeared, (no one has ever seen the figures face).