Taken from a story in the Daily Mail, from the 9th January 2016

The family of 12-year-old Keith has endured more than 50 years of heartache as numerous searches have failed to find his body.

But now Darren Rae – who has spent 15 years researching the murders – says he has pinpointed three “hot spots”, each no bigger than a tennis court, where his remains may lie. You sure that's not 15 minutes?

Chillingly, Darren believes at least two more victims could be buried in the same area. No, Really, who's Facebook posts did you get that idea from?

Darren is now looking for backers to help with his search of the Moors and to help form a new organisation, International Missing Persons Search & Rescue, to solve missing person and cold cases. So much so, since 2016 there is no content on the website page.

He has spent years studying the Moors murders evidence and speaking to experts involved in the case, including current and former police officers, forensic teams, archaeologists, lawyers and academics. Please name these academics, Darren.

He has spent hundreds of hours walking the moors, splitting it into grids, studying maps, photographs, witness statements and interviews with Brady and Hindley. That's some shoe leather.

All of this has led him to pinpoint the three zones where he believes Keith and other remains could be found.

Darren has also spent years writing to Brady and says he has picked up vital clues about the murders through his rambling correspondence and the many demands he has made from his cell. Show us the replies Brady sent back to you then, that gave you these clues to solve this case.

He believes Brady has been calculated in his correspondence, leaving “clues” within his writings. Someone has been peeking at someone else's mutterings, that's called plagiarism Darren, and those mutterings are wrong as well.

“There is a matrix of ­information which I have spent years piecing together, cross-referencing everything. You and everyone else.

"It has been hard work but looking at it forensically and scientifically the evidence points to these locations.” What scientific methods have you used eh!

Yet another glory hunter, or as my mum used to say, "A KNOW ALL, AND KNOW OWT".

You can yet again see another so-called Do-Gooder, going to the press with there own self-importance, with no clue or fact about what they really know, which is nothing, but bleat to the press for a few column inches, who will gladly print this bile whilst there is a public interest story that might sell an extra paper.

No wonder Alan Bennett gets upset by these so-called do-gooders, promising the earth and delivering nothing.

​You only go to a newspaper if you have something to tell, and Darren believe me when I say, you have nothing to tell.

Keith’s devastated mum Winnie spent her life campaigning to find the truth, but tragically died in 2012 still not knowing where her son was buried.

Darren said: “I visited the Moors with Winnie and I’d like to do it for her. I hope Alan can Verify this claim?

"It is a really sad and tragic case, but I know I am very close to solving it. Still waiting!

"The ultimate aim to find his body, but I believe there are more bodies up there. GMP are shitting themselves, Darren is going to put all of there investigators out of a job!

In addition to Lesley and Edward, Brady and Hindley are known to have killed John Kilbride, 12, and Pauline Reade, 16, burying their remains on Saddleworth Moor. You forgot Keith, you know the lad still missing, the one you know where he is buried.

Darren believes at least two more bodies could be hidden there and buried near Keith.

Darren is not disclosing the locations on the Moors to prevent them from being disturbed before an official search can take place. (Knob Head, he doesn't even know himself).

He said: “Brady is 78. His health is declining and he may not live much longer.

"When he dies any knowledge of where the bodies are buried will die with him. I don’t want to let that happen.

“He gets his kicks out of people not knowing where Keith’s body is. I want to take that away from him.”

Darren believes clues in Brady’s police statements indicate that Hindley, who died in jail in 2012, was able to destroy photos of the scene of Keith’s murder before being taken into custody.

He explained: “Hindley was released for four days as the police didn’t believe a woman could be involved in such horrific crimes.

(Correction, Hindley was never under arrest, she voluntarily went to Hyde police station with Brady). Daz do you require a fact checker? She was arrested on Monday 12th October after the contents of the suitcases implicated Hindley in the investigations of Hyde police.

"She would have spent these days hiding or destroying as much evidence as possible.” (No shit Sherlock, already a known fact, nothing new here).

Darren added: “I believe there have been major oversights and ­assumptions on this case. I’m now in a position to share my information.”

So come on the Dazzer, please do share what you Know with us all? Impart your expert knowledge with us all.

Darren said in the article "I have spoken to the police about my findings, but they have taken no action. Darren said: “They simply will not assign any further police resources to this case.

“They have clearly stated that unless someone gives them an X on the map they’re not able to invest the time or money to investigating further leads.” But Darren, you have stated you know where Keith is, put the X on that Map for them!

Darren is now looking for backers to help with his Moors search. He said: “I have the knowledge, facts and evidence, but now need the investment.” We bet he does, not a penny from us, and hopefully nobody else.

If you can help, email Darren Rae at contact@impsar.org We haven't provided you with a direct link, save your money.

He is also writing a book titled Finding Keith’ (The Definitive Search For Keith Bennett) which will document his ­sensational new evidence.

And here ladies and gentleman lie's the real reason behind Darren going to the press with his sensationalised story, THAT IS TO PROMOTE DARREN RAE AND HIS BOOK.

Which should have the title of, "Cashing in on Somone Else's Grief".

It took a while to get there, but got there, (to the Truth), we did!

Keith Bennett is still missing. Speaks volumes on the measure of this charlatan Darren Rae

Here is a link to the still non-entity that is the website for the cause, http://www.impsar.org Click the link, just to be told that the site is still under construction, and a mobile phone number to the "Impsar" HotLine, that's how serious Darren is about finding Keith Bennett.

Darren Rae has no intention of creating this pipe dream of his into reality, it is pure fantasy and part of his advertising campaign for his book publishing.

I do not condone you texting or phoning Darren with your views.

Message and the only content on the webpage still under construction since 2016.

International Missing Persons Search And Rescue - THIS SITE IS UNDER CONSTRUCTION - For All Inquiries Please Call Mobile Phone Hotline: 07432 467727

Darren Rae. Apparently, he knows where Keith is buried on Saddleworth Moor

Mr Rae has identified a total of seven more people who went missing during the period that Brady and Hindley were killing:

Neither they nor their bodies have ever been found.

If Erica Gregory is the authority on the Moors murders, this ill advised post would never have been written.

Again, GITUK comments are in red when commenting inside the news story.

Well here's one that can't be found, Darren Rae's No2 Jennifer Tighe.

Mr Rae isn't the only one to go with a non-story, Shawn Lee and The "Worsley Womble" Erica Gregory also stumbled on to the Jennifer Tighe story, and also implicated Jimmy Saville via tedious and tenuous links, but there's nothing new there. The only thing Erica Gregory accomplishes is in discrediting herself and her band of followers into her legitimacy and expertise on the moors murders

The Manchester Evening News Reported in 2010.

A WOMAN rumoured to be a possible sixth victim of the Moors murderers is alive, police say.

Jennifer Tighe, who disappeared from an Oldham children's home in December 1964, aged 14, was at the centre of speculation that she was a previously unknown victim of Myra Hindley and Ian Brady.

Hindley was said to have confessed to the murder to fellow prisoner Linda Calvey, before her death in 2002.

Calvey's lawyer, Giovanni di Stefano, had claimed he could identify the girl through the initials JT.

Reports named her as Jennifer Tighe but Greater Manchester Police have revealed that Ms Tighe is alive.

A GMP spokesman said: "Jennifer Tighe was not a victim of Ian Brady and Myra Hindley and is alive". This follows detailed inquiries made by the force. ( Hash-tag "AWK's" !!!!! that's embarrassing).

"The suggestion that Jennifer Tighe was a victim was speculative and had no basis in fact. Mr di Stefano did not come to Greater Manchester Police and rather chose to disclose them through a website and in the media".

"Despite the fact these claims seemed to be based on pure speculation and nothing more, GMP felt it important to assess their validity because of the way in which they were reported in several news outlets, causing concern to the communities we serve."

It is understood that Jennifer's family had known she was alive but there had been a breakdown in communication between them.

Mr di Stefano insisted on a website that his office had been in contact with Greater Manchester Police in 2004 and said a copy of Ms Calvey's statement had been sent to the force.

He said: (No doubt trying to save face, whilst wiping the egg of it) "It is most interesting that after a person is missing 44 years the GMP can within two days of intensive media inquiries find that person alive. On that information, if true, I am pleased and relieved."

​So that leaves only 6 more possible victims of the Moors murderers, or they are just missing persons

Whilst we at GITUK have this platform, we will continue to use it to fact check others and debunk them.

Once again, we have another charlatan pertaining to be something that they are not.

If his intentions were honourable, why did he go to the press first, over 3 years have passed and still Keith remains missing?

We will keep on outing the charlatans who make false claims, Just think what these stories do to the surviving families when they are printed in the mainstream press.

That's the trouble with these kinds of people, they don't think of other's, they only think of themselves. 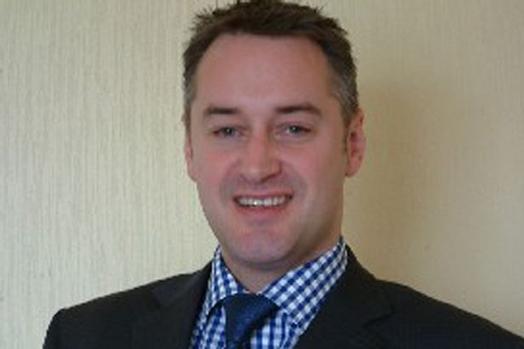