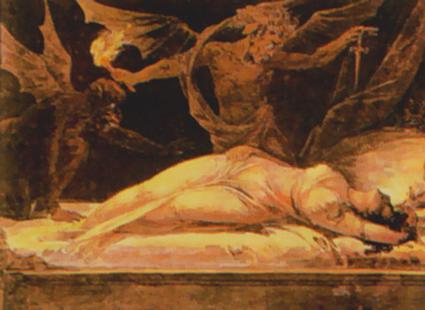 From Wikipedia, the free encyclopedia

A demon (from Koine Greek δαιμόνιον daimonion) or daemon (British English) is a supernatural, often malevolent being prevalent in religion, occultism, literature, fiction, mythology and folklore.

In ancient and medieval Christian demonology, a demon is considered an unclean spirit, a fallen angel, or a spirit of unknown type which may cause demonic possession, calling for an exorcism. Click here for Spiritual attachments and possessions.

In Western occultism and Renaissance magic, Jewish Aggadah and Christian demonology, a demon is believed to be a spiritual entity that may be conjured and controlled.

They are evil spirits that are opposed to God or his work. Demons are also known as Lucifer, Satan and Diablo.

These entities can masquarade as human spirits,but they are harmful and dangerous.

Demons are negative spirits of energy that can manifest themselves in harmful and terrifying ways.

Some of these "Demons" are bent on destroying the positive aspects of life around them.

Signs of Demonic haunting is a person or people in the same atmosphere as a "negative spirit" can occur scratches on different parts of the body, usually appearing in 3's, (like animal scratches), these are usually teamed up with a burning or hot sensation on the skin in the area where the scratches appear.

The Grand Pentacle: "It serves to convene all spirits; when shown to them they will bow and obey you".

The devil’s trap is a mystical symbol used to immobilize and control demons.

It is similar to a circle of salt but more powerful and persistent as it is usually etched or painted in place, and can't simply be brushed or blown away.

If a demon walks inside the outer circle of a devil's trap, it cannot physically leave it, and is trapped.

Devil's traps also inhibit the use of some demonic powers.

Devil's traps have been used not only to detain a demon, but are also drawn at entrances as a deterrent to prevent access to a building, room, or container.

The devil’s traps all originate from The Lesser Key of Solomon, which is a grimoire, or magical text, written in the 17th century.

It contains rituals and spells for invoking and controlling both demons and angels.

There are two major variations of devil's traps.

Probably the most known demonic form is the Incubus and Sucubus Demons.

The haunted Ancient Ram Inn is reported to have a sucubus that haunts this Inn.

An Incubus is a demon in male form who according to mythologcical and legendary traditions, lies upon women in order to engage in sexual activity with them. The purpose of this action was for the woman to have its child.

Like the succubi, incubi wore out their partners with constant sex and would even kill them.

A Sucubus is the female form of the demon which has sexual intercourse with men in their sleep.

In medieval European lore, Succubi appeared to men in the night and seduced them into sexual encounters. Celibate monks seemed to be especially prone to such attacks, often blaming Succubi for their lustful thoughts or sexual dreams. Succubi could suck the life force of men, leaving them exhausted or even killing them. 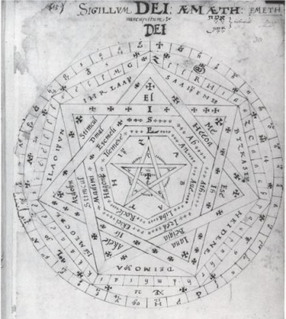 The Fifth Pentacle of Mars: "It is terrible unto the demons, and at its sight and aspect they will obey thee, for they cannot resist its presence". 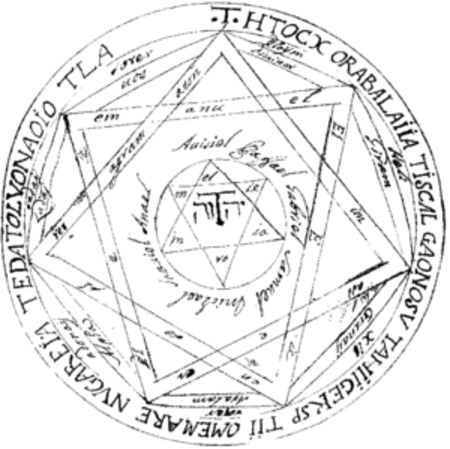 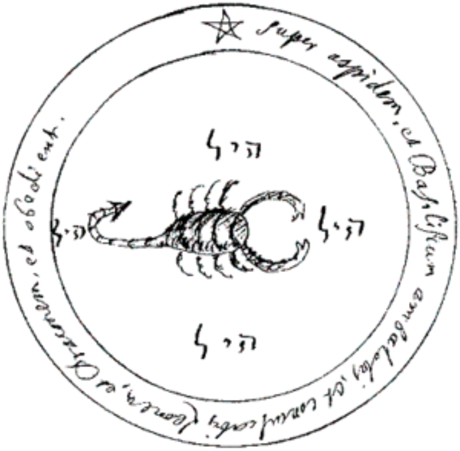 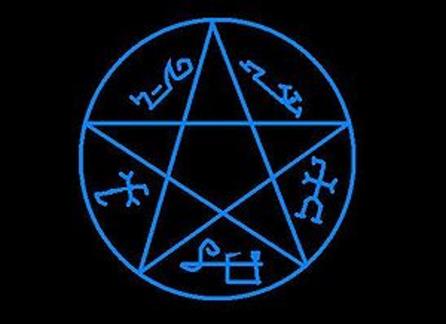 They are not unlike the sigillum Dei, an article we have written called the"Sigillum Dei".

The Sigillum Dei was a middle ages magical diagram, composed of:- Two circles, A pentagram, Three heptagons and is labelled with the name of God and his Angels.

It was an Amulet with the magical function that, according to one of the oldest sources (Liber iuratus), allowed the initiated magician to have power over all creatures except Archangels, but usually only reserved for those who can achieve the blessed vision of God and angels (beafic visionary). 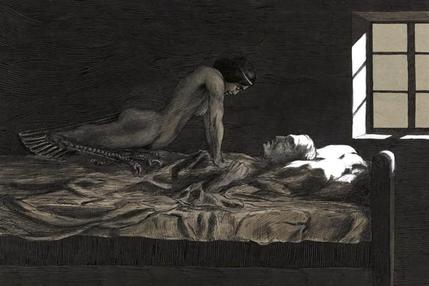 While demons can enter a devil's trap without being aware of its presence, they cannot exit it as long as the trap remains intact.

There appears to be no specific medium required for the trap to work; Investigators have drawn traps in ink, blood, ash, or carved them into stone, expressing no preference for one over the other and simply using what works in their current circumstances.

Traps can remain intact if an object has fallen over the lines drawn on the ground, or if something is concealing the trap from view, such as a carpet, but they cease to be effective if the trap's lines are broken; methods for doing this vary between scoffing the paint and ash that created the trap to driving a knife into the trap.

However, it would appear that the trap must be drawn in a visible medium for it to be effective,  You could draw the trap and create it as invisible with ultraviolet ink, in order to fool the demon into being trapped,  the pentagram would only show when you turn on the appropriate  Black Light or UV lights, however if you turn the light out the image vanishes and the demon would be able to escape the trap before you had chance to exorcise it.