It's not the first we have used military technology in the paranormal investigation community. 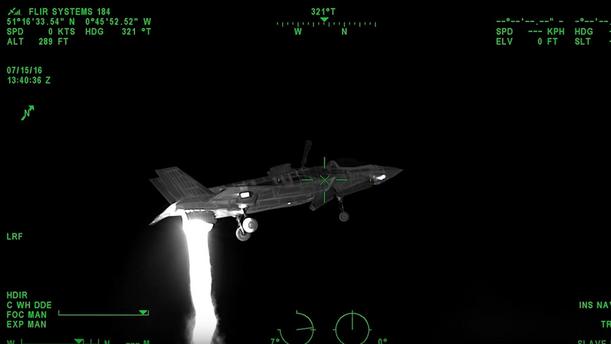 If you were to point a thermal detection camera at a window, what you’d see onscreen wouldn’t be a clear thermal rendering of what’s on the other side, but most likely a blurry mess - and possibly a vague reflection of yourself holding the camera! and not anything Paranormal either.

It’s not an absolutely hard and fast rule; certain infrared frequencies can pass through glass, and certain types and configurations of glass may allow varying degrees of infrared to pass through.

In most cases though, the image will be largely obscured by infrared reflection from the ‘wrong’ side of the glass, overlaid in varying degrees of opacity.

At the very least, the object being viewed will lack significant detail and contrast.

In short, you won’t want to be using a thermal imaging camera to get accurate readings through glass (or various other types of highly reflective surfaces). 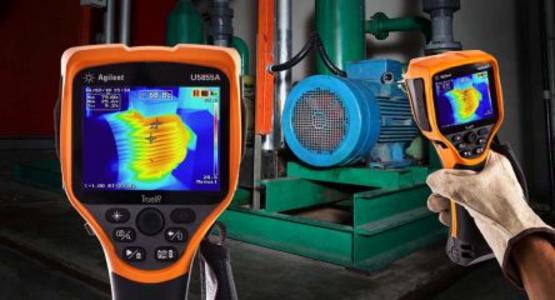 HOW DO THEY work?

With so many varieties, designs and sensitivities of thermal imaging cameras available, it’s important to know exactly what it is you’re shopping for before deciding on a specific product or accessories. Key considerations that will influence your ideal purchase include: 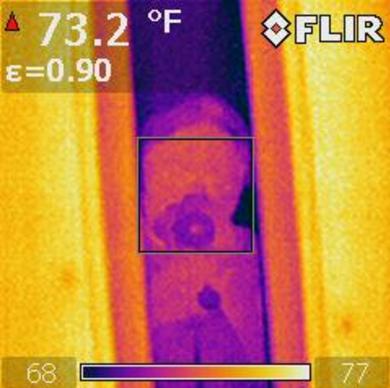 ​This makes using a TIC a great debunking tool, rather than capturing the apparition of a paranormal spirit. 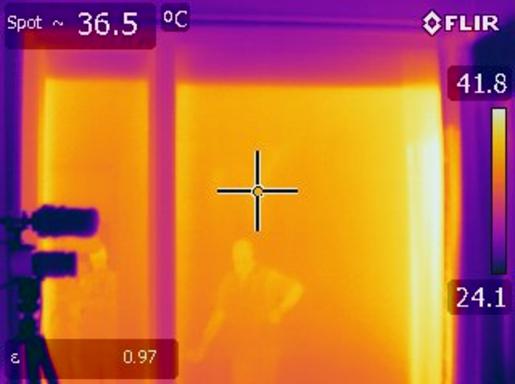 I guarantee this will be your first image when you unpack your Thermal Imaging Camera and try it out.

Alongside frequently asked questions about how thermal imaging cameras work in general, there are also a number of common queries regarding specific use scenarios and the effectiveness of the technology in particular environments or applications.

In this section, we’ll examine a few of the better answers and the reasoning behind them.

Why do thermal imaging cameras work better at night?

Thermal imaging cameras tend to work better at night, but it has nothing to do with the state of the surrounding environment being light or dark.

Rather, because the ambient temperature - and, more importantly, the core temperature of otherwise-unheated objects and environments - is nearly always significantly lower at night than during sunlight hours, thermal imaging sensors are able to display warm areas at higher contrast.

Even on relatively cool days, heat energy from the sun will be gradually absorbed by buildings, roads, vegetation, construction materials, and more while ever it’s daylight outside.

And, for every degree these sorts of objects gain in ambient temperature over the course of the day, they become less clearly distinguishable from other warm objects the camera’s sensor is being used to detect and highlight.

For the same reason, most thermal imaging cameras will display warm objects in sharper contrast after several hours of darkness, rather than just after the sun sets - and, even during full daylight hours, they’ll usually be more effective in the early morning than in the middle of the afternoon.

Do thermal cameras work through glass?

You may be surprised to learn that thermal imaging cameras don’t generally work through glass.

A full explanation of the technical reasons for this would be somewhat complex from a physics standpoint, but the principle is pretty straightforward. In essence, a sheet of glass allows visible light through but acts a bit like a mirror for infrared wavelengths (this is why the lenses on IR cameras are commonly made from germanium or zinc selenide, not glass).

Not that you ever would on a paranormal investigation.

Thermal cameras don’t tend to work well underwater. The reasons are, in part, related to the issues with glass outlined above.

Water blocks a lot of infrared wavelengths, much as an opaque barrier blocks visible light wavelengths. In the same way that we can’t see through paint, infrared sensors can’t ‘see’ through any significant depth of water, because the waves it detects don’t pass through water easily.

Water also provides another challenging issue for IR cameras, related to thermal conductivity and specific heat. Water has a much higher heat capacity than air, requiring four times as much energy to raise or lower the temperature of an equivalent volume by one degree.

In practical terms, this means that objects lose (or gain) their own heat energy relative to water much faster, and over shorter distances. For thermal imaging purposes, objects are therefore naturally harder to differentiate when submerged than they would be in the air.

Well, no - but to be fair, they don’t ‘see-through’ anything at all. A thermal imaging camera detects the surface temperature of the first object in its line of sight; point one at a wall or other solid surface, and it will register the heat being radiated outward by that surface.

Because most buildings are engineered and insulated to trap heat, exterior thermographic imaging seldom reveals much about what’s going on inside and vice versa. There are some caveats here: an IR camera can be used to detect extreme heat radiating from behind a wall (such as in the case of a house fire), because the wall itself would quickly heat up too.

Similarly, some thermal cameras are sensitive enough (up to +/- 0.01 Celsius) to register the warmth given off by a person, for instance, standing against the opposite side of a sufficiently thin (and cold!) wall - but only if they remain in place long enough for their own body heat to partially transfer through the materials of the wall in that spot.

Beyond basic engineering applications, the emergency services are among the more familiar users of thermal detection cameras today.

The technology is deployed regularly in scenarios including firefighting, night-time police pursuits, and disaster response search and rescue, and more recently Paranormal Investigating.

An infrared, IR or thermal imaging camera works by detecting and measuring the infrared radiation emanating from objects - in other words, their heat signature.

In order to do so, the camera must first be fitted with a lens that allows IR frequencies to pass through, focusing them on to a special sensor array which can, in turn, detect and read them.

The sensor array is constructed as a grid of pixels, each of which reacts to the infrared wavelengths hitting it by converting them into an electronic signal. Those signals are then sent to a processor within the main body of the camera, which converts them using algorithms into a colour map of different temperature values. It’s this map which is sent on to be rendered by the display screen.

Many types of thermal imaging camera will also include a standard shooting mode that works with the visible light spectrum, much like any other point-and-click digital camera. This allows for easy comparison of two identical shots - one in IR and one in normal mode - to help quickly identify specific problem areas once the user steps out from behind the lens.

However, there are a number of other widespread uses of thermal imaging cameras today that may be less obvious.

In this section, we’ll look briefly at some of the more common scenarios.