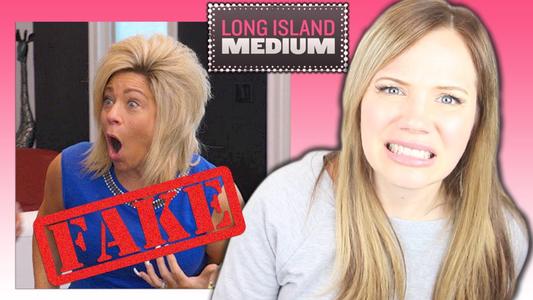 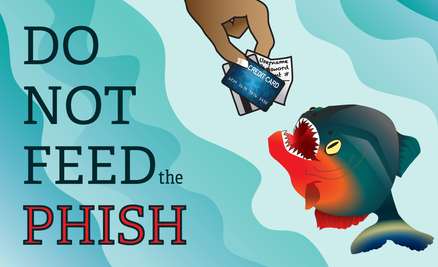 7 Tricks Psychics Fool People With That Everyone Should Know.

I'm getting the sense that you're the type of person who places great value on being liked and admired.

At times, you can be prone to doubting whether or not you've made the right choices in your life.

You can be excessively critical of yourself. You aren't a perfect person, but for the most part, you've made up for your weaknesses.

You've got a lot of potential that has not been used to your advantage yet. You're an independent thinker. To a certain degree, you need some change in your life—too many restrictions make you uncomfortable. That said, finding security is one of your main goals. There have been times when social anxiety has been a problem for you.

Sound about right? Most people will see something of themselves in there.

But it's not magic.

It's called The  Forer Effect (also called the Barnum Effect, also called "The Why Your Aunt Still Believes In Astrology Effect")......

...and it's one of the simple tools that so-called psychics and mediums use to convince you that they can talk to the dead, look into your soul, and accept all major credit cards.

Here's how they do it.

You might find a little cold reading useful someday.

People are always sharing information about themselves, even when they aren't saying a word.

For example, a wedding ring shows that you're in a committed relationship, have the life experiences of someone who has been married, and are chronically stressed.

Sitting in the front row during an audience reading, or leaning in close, can mean that you're eager to believe the psychic.

Someone sporting an Ed Hardy shirt is subtly announcing that they still live with their parents.

Psychics train themselves to spot these clues and use them in their reading of a subject.

You can learn a lot about a person simply by paying closer attention to clothing, behavior, speech patterns, etc.

Psychics just know how to do it better than most.

Pay attention to the clothing of the people around you, and the way they carry themselves.

You'll start to notice what this says about them, because it's often really obvious. 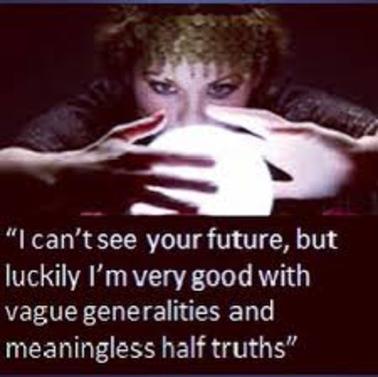 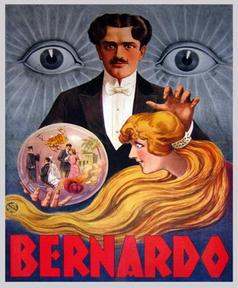 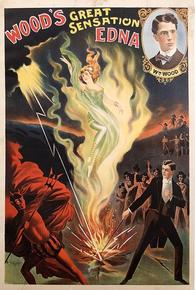 1. Making claims that could apply to anyone

Bertram Forer was a psychologist who gave his students a test, saying it would help him create a personality profile for each of them.

Secretly, he gave every student the exact same profile, regardless of their answers, and asked them to rate how accurate they thought it was.

The majority of the students said it was right on-the-mark. In another example of the study, students were given two profiles, one real, another fake—most thought the fake profile was the real one.

If you look back at those statements in the intro, not only are they actually pretty vague, but they can apply to almost anyone, like Sergio! They're also, for the most part, positive; a few negative traits are sprinkled in to make it believable, but none of them are so terrible that you would immediately reject them.

Miss Cleo never told anyone, "Honey, I'm getting a real strong feeling that you murder puppies and wear socks and sandals at the same time." No one wants to hear they're a monster.

It's a trick that plenty of psychics use. By making these kinds of statements, they can make you believe they've got access to incredible insights, when they're really just telling you what you want to hear, and doing it in a way that prevents you from noticing the trick.

A psychic wouldn't make a strong, declarative statement, such as, "You suffer from clinical social anxiety," but they might say, "At times, social anxiety has been a problem for you in your life."

Of course that's true. It's true for almost every single human being on the planet. 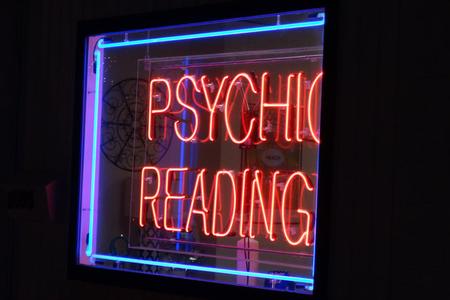 Do/can they contact a ghost or spirit on your behalf? 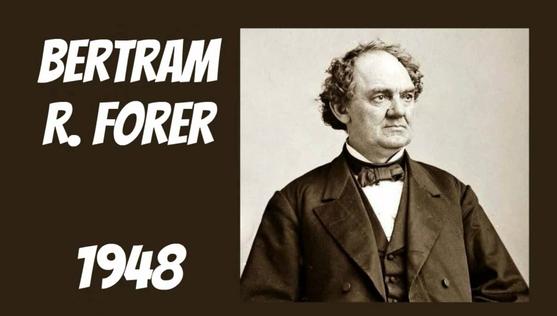 3. Saying things that will be true for at least someone

On shows like Crossing Over, an audience full of people watches as John Edward (or, as South Park labeled him, The Biggest Douche in the Universe) claims to be in contact with spirits from the other side.

In what seems like a fairly short amount of time, he's able to find someone who believes he has actually managed to communicate with their dead relatives.

It's also extremely easy to pull off. All you have to do is keep your reading as vague as possible.

In an audience, it won't be hard to find someone who knew a guy named Bob who died.

Or, perhaps, the psychic will say,

4. Keeping it vague lets you backtrack when you miss

Sometimes, a statement a psychic makes, no matter how vague, will miss the mark.

When that happens, they've got ways of backtracking to cover up their error.

Claimed you're speaking with the client's mother, only to learn that she's still alive?

Say that no, it must be someone who knew the mother well, or had some sort of relationship with her.

Just told someone they're about to make a big decision in life, but they tell you this isn't true?

Say that it's now looking like they did make a big decision earlier in the year, or are at a stage in their life where some changes are happening.

By always keeping it vague and explaining that the spirit world doesn't always communicate clearly, a psychic can seem legit even when caught in a clear lie.

That's why shows like The Long Island Medium (contains way more alcohol than a regular medium!) are great study tools for teens whose parents check their closet for weed.

And they show you how to play the same tricks. If you've made a claim that doesn't fit, just step back and reframe it in a more general way.

Act as though the person isn't contradicting you, just clarifying things for you.

If you convince them that you're not wrong, that they're just helping you arrive at the right answers, they'll look past the fact that you're just making it up as you go along.

2. Getting them to tell you the important info

Most people who see a psychic aren't there reluctantly. It's not like the dentist, or the in-laws you don't visit because you know the consequences of not going will be worse. Because of this, it's pretty easy to get a client to play along.

All a psychic needs to do is start out by explaining that the messages they get can be vague, and they might need help to understand why they're important.

If the client agrees, boom, they've got cooperation.

By the end of the session, the client has actually done most of the work, because they're ready to believe.

Which is like taking your doctor seriously after he asks you to help him with the surgery.

There's a reason that psychics often talk slowly, and it isn't merely because the cell signal between here and the afterlife is kind of spotty.

Whenever they make statements, they're waiting to see how a client will respond. Even when someone isn't speaking—although a lot of a psychic's act depends on the person revealing information like, "No, he wasn't my uncle, I think you're talking about my cousin"—the simple shifts in body language, facial expression, and plenty of other subtle cues, will help the psychic know if they're on the right track.

You can do the same.

1) If you say something during a reading that makes sense to someone, they might nod or smile.

2) Being the subject of a psychic reading is like listening to a joke.

3) You're waiting for the person to say something specific, and when they do, you're going to react.

4) That's the whole point. The psychic just needs to watch out for those reactions.

In one of the most popular TED Talks ever, entertainer Keith Barry successfully guesses the name of a woman's ex with her barely saying a word.

Barry doesn't reveal much of his secrets, but unlike others who use these tricks, he doesn't try to tell his audience that he has actual powers.

He just lets them know that they're telling him more with their reactions than they could possibly realize.

Or, he's an actual wizard who doesn't want to be discovered.

The last time our minds were that blown we promised ourselves never to buy brownies from the frisbee club bake sale again.

7. Just learning everything they need to know ahead of time

Psychics working with an audience, or even a large group of people, have it pretty easy.

A simple trick they often use is to pick the subject of their reading ahead of time, spotting someone they know they want to focus on.

Then, they have plenty of time to look for clues that will help them get a sense of who they're dealing with.

If possible, they also can try to get someone else in the audience to have a conversation with this person beforehand, gathering as much info as possible.

If you're planning on giving a psychic demonstration while hanging out, spot your subject long before you bring your "skills" up. Hell, these days, you could probably get their name, then check their social media accounts on your phone to gather a bunch of info.

The author of this piece is Joe Oliveto, he is a staff writer at Supercompressor. But you already knew that, didn't you?

Now before you start, I am not publicly bashing all the Psychics and Mediums that offer there services of having a gift of Psychic Ability or mediumship. They do exist.

There are however people out there who abuse the good name of the real Psychics and Mediums.

I am talking now about the so called self certified so called Psychics and Mediums who claim they have the ability to talk to spirits, the only ability these charlatans do have is to dupe you into handing over your hard earned cash in either Psychic shows, private readings and pay to attend Psychic/mediumship events, often held in back rooms of pubs and clubs etc. 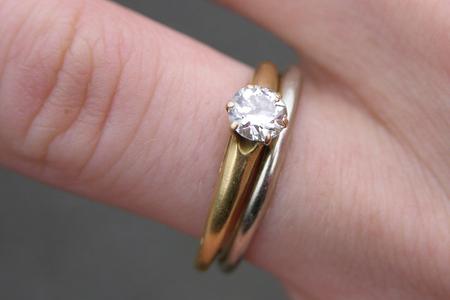 You all must have heard of ''PHISHING''.

''Phishing'' is an email that falsely claims to be a legitimate enterprise in an attempt to scam the user into surrendering private information.

The same could be said to happen by the fake Psychic or medium.

Charlatans by any other name, and will charge you a large amount of money for the privilidge of telling you information from beyond the grave using the information you are giving to them.

Taking advantage of, often, vulnerable people in a time of grieving for a lost loved one, upset, rememberance etc.