In modern physics, the double-slit experiment is a demonstration that light and matter can display characteristics of both classically defined waves and particles; moreover, it displays the fundamentally probabilistic nature of quantum mechanical phenomena.

This type of experiment was first performed, using light, by Thomas Young in 1801, as a demonstration of the wave behaviour of light. At that time it was thought that light consisted of either waves or particles. Take a look at our page on Dark Matter and Quantum Physics.

With the beginning of modern physics, about a hundred years later, it was realized that light could in fact show behaviour characteristic of both waves and particles. In 1927, Davisson and Germer demonstrated that electrons show the same behaviour, which was later extended to atoms and molecules.

Thomas Young's experiment with light was part of classical physics well before quantum mechanics, and the concept of wave-particle duality.

He believed it demonstrated that the wave theory of light was correct, and his experiment is sometimes referred to as Young's experiment or Young's slits.

The experiment belongs to a general class of "double path" experiments, in which a wave is split into two separate waves that later combine into a single wave. Changes in the path lengths of both waves result in a phase shift, creating an interference pattern. Another version is the Mach–Zehnder interferometer, which splits the beam with a mirror.

In the basic version of this experiment, a coherent light source, such as a laser beam, illuminates a plate pierced by two parallel slits, and the light passing through the slits is observed on a screen behind the plate.  The wave nature of light causes the light waves passing through the two slits to interfere, producing bright and dark bands on the screen – a result that would not be expected if light consisted of classical particles. However, the light is always found to be absorbed at the screen at discrete points, as individual particles (not waves); the interference pattern appears via the varying density of these particle hits on the screen. Furthermore, versions of the experiment that include detectors at the slits find that each detected photon passes through one slit (as would a classical particle), and not through both slits (as would a wave).

However, such experiments demonstrate that particles do not form the interference pattern if one detects which slit they pass through. These results demonstrate the principle of wave-particle duality.

The slit experiment isn't a new idea, the first time it was used before quantum physics stole the idea, was used as a primitive moving picture device.

The zoetrope (above) consists of a cylinder with cuts (slits) vertically in the sides.

On the inner surface of the cylinder is a band with images from a set of sequenced pictures. As the cylinder spins, the user looks through the cuts at the pictures across. The scanning of the slits keeps the pictures from simply blurring together, and the user sees a rapid succession of images, producing the illusion of motion. From the late 19th century, devices working on similar principles have been developed, named analogously as linear zoetropes and 3D zoetropes, with traditional zoetropes referred to as "cylindrical zoetropes" if the distinction is needed.

The zoetrope works on the same principle as its predecessor, the phenakistoscope, but is more convenient and allows the animation to be viewed by several people at the same time. Instead of being radially arrayed on a disc, the sequence of pictures depicting phases of motion is on a paper strip. For viewing, this is placed against the inner surface of the lower part of an open-topped metal drum, the upper part of which is provided with a vertical viewing slit across from each picture. The drum, on a spindle base, is spun. The faster the drum is spun, the smoother the animation appears.

This neatly brings us back to my hero again 'Einstein'.

Another important weirdo contribution of Quantum Theory is the so-called Entanglement, that one which Einstein once called “spooky action at a distance“.

Quantum entanglement is an area of extremely active research by the physics community, and its effects have been demonstrated experimentally with photons, electrons, molecules the size of buckyballs, and even small diamonds.

NB: Buckyballs were spherical magnets made of Neodymium, banned in 2012 after kids swallowing them were found to be burning holes in their stomach linings. (Just a bit of naff trivia for you).

Research is also focused on the utilization of entanglement effects in communication and computation. But it is also interesting the relationship that Entanglement might have with long-distance therapies, telepathy, collective consciousness, and connections with our loved ones when they are far away.

Examples of the phenakistoscope

In the image below we can see a simulation of this wave-like function, meaning that just one electron is acting as a wave and goes through both slits.

Sometimes called the "two-slit" or "Young's" experiment, it demonstrates that matter and energy can display the characteristics of both waves and particles, establishing the principle known as wave-particle duality. Furthermore, it questions the role of the observer in the outcome of events and demonstrates the fundamental limitation of an observer to predict experimental results. For this reason, Richard Feynman called it "a phenomenon which is impossible ... to explain in any classical way, and which has in it the heart of quantum mechanics. In reality, it contains the only mystery [of quantum mechanics]." 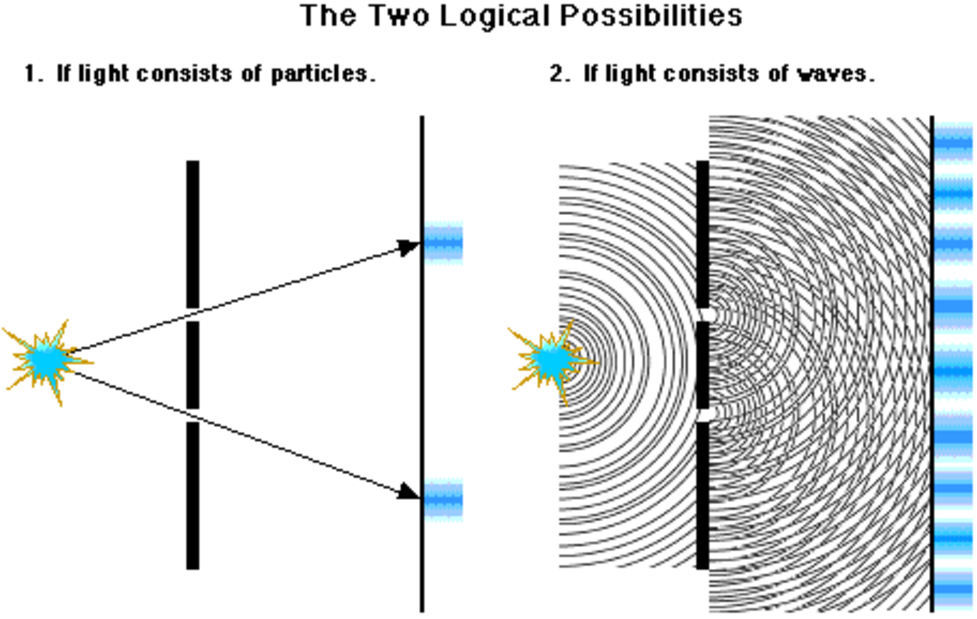 But even long-distance pairings require for a network from which to transmit information.

Physicist John Archibald Wheeler has theorised that, at a microscopic level, quantum effects might tear the fabric of space-time, producing a structure involving wormholes.

He speculated that such wormholes could connect pairs of oppositely charged particles such as electrons and positrons. 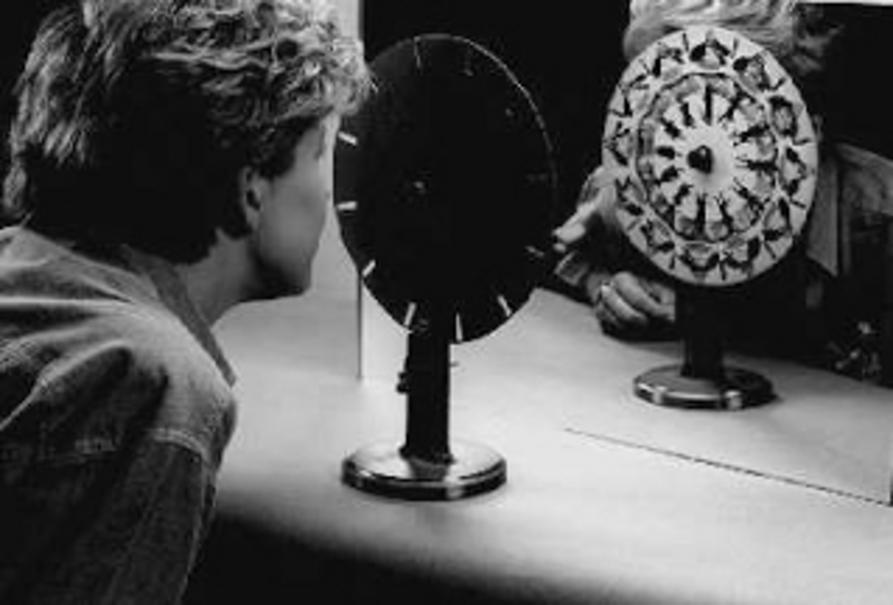