This is not a newly found phenomenon, it was founded in 1804 over 214 years ago by a man called Paul Vital Troxler. In 1804, the Swiss doctor/philosopher realised that “rigidly fixating one’s gaze on some element in the visual field can cause surrounding stationary images to seem to slowly disappear or fade."
In this case, your mind essentially clears out the colors and replaces them with white space.

So why does this happen?

The reason the colours disappear is because the brain stops paying attention to visual scenes that don’t change, which isn’t normally a problem. ... Usually, movement in the environment and of our eyes is enough to keep a scene vivid.

But in this case, with a blurry image and a fixed gaze, the colors fade away.

This could be a great Debunker when scrying (staring into a black mirror in a meditative state) and you start to see things in that mirror.

You can read all about scrying in our own article, just click the link on SCRYING HERE.

Troxler's fading, also known as peripheral fading or the Troxler Effect, was first discovered in 1804 by a Swiss philosopher, physician and politician Ignaz Paul Vital Troxler (1780-1866).

Having studied philosophy and medicine at University of Jena, Troxler noticed that when fixing his vision on a central stimulus, objects in his peripheral vision soon faded away. He delved deeper into the phenomenon of peripheral fading and in 1804 published an article titled "Uber das Verschwinden gegebener Gegenstande innerhalb unseres Gesichtskreises" (On the disappearance of given objects from our visual field) in the first ophthalmological journal ever published: "Ophthalmologische Bibliothek" (Ophthalmologic Library).

There he elaborated on the subject of peripheral fading and showcased his work on the matter.

​The whole experiment is written up in great detail here. TROXLER RESEARCH RESULTS.

Troxler realised that if one observes stationary points in their peripheral vision while fixing his vision on a central stimulus, the peripheral points will fade from awareness and disappear in a matter of seconds.

This effect stems from neural adaptation - a change over time in the responsiveness of the sensory system to a constant stimulus.

An example of neural adaptation is, for instance, when one puts his hand against the wall.

This results from the sensory neurons stimulated by the wall's surface that initially responded immediately now responding less and less until possibly not responding at all.

In the case of Troxler's fading the light reflecting from the stimulus enters the eye and the resulting inverted image is projected onto the retina.

The retinal cells participate in the process of sensory adaptation that causes a decrease in their sensitivity to the constant stimulus.

From there the information about the information is transmitted along the optic nerve to the brain, more precisely to the lateral geniculate nucleus (LGN) that is responsible for perceiving peripheral stimuli away from the fixation point.

The LGN is a sensory relay nucleus in the thalamus that participates in the process of neural adaptation that causes a decrease in response to the constant stimulus.

The LGN then relays the visual image to the primary visual cortex (V1), where the process of filling in - the completion of missing information - the area behind the disappeared stimulus is carried out.

In other words, the neurons corresponding to perceiving stimuli in the visual system adapt to an unchanging stimulus away from the fixation point until that stimulus fades away and disappears.

As a result of Troxler's fading, when we fix our gaze on the center point of an image with different unchanging objects placed around the focal point, the objects in our peripheral vision seemingly disappear. In truth, however, these objects are still there and it is our mind that, through sensory and neural adaptation, is playing tricks on us.

The phenomenon can be seen in the images I have included at the start of this article:

Our job as Paranormal Investigators, is to not only to be able to investigate alleged haunted sites, but also have the ability to show full transparency to the public and our peers, who will look at our work and are then empowered to make the decision to be able to trust that we are not fakers/cheats or charlatans, we take the responsibility of being Paranormal Investigators seriously, and by writing articles like this, not only do we inform and educate, it shows that we (GITUK) also have a full understanding of the subject matter in all the aspects that is involved with Investigating the paranormal.

As paranormal Investigators, we have to understand different naturally occurring phenomena's that can and do provide us with false positives in our evidence we are documenting.

If we can debunk these false positives, we can offer exact evidence that would prove difficult to challenge by sceptics, as we have already done there job for them and debunked our evidence as far as we can go, and once we take away all the arguments that it isn't, we can present you with credible evidence.

The human body and mind is a complex machine, and our brain works in very mysterious ways, it takes in an enormous amount of information, and to stop us going into sensory overload, it filters out what is irrelevant, to what is not. It is important for us to realise this happens to us, and we can then act accordingly. As investigators we have to have a broad knowledge of what we do, so we can understand fully when we are analysing our evidence, and during the investigation we are conducting, so we don't follow red herrings, we need to be out of the box thinkers, and knowledgeable in our field of expertise.

What are your views on this, let us know, send us your views : enquiries@ghostinvestigationteam.uk 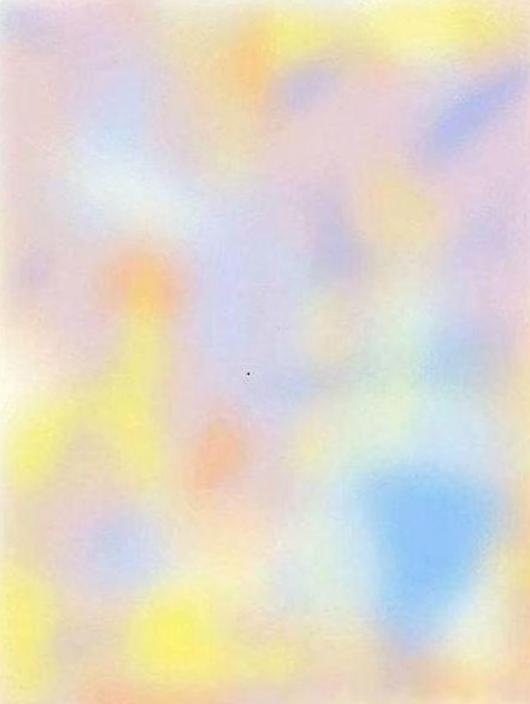 What we noticed at GITUK HQ with this experiment, the purple fuzzy balls when they start to spin, it looks as if a purple ball disappears in turn in a clock wise direction, when you look closer the invisible ball is now turned to a green colour and rotates clockwise.

We looked at looked at this again and again, there is no physical green ball being shown, its our brain fooling us into seeing the green ball, it is not there!

Stop looking at the cross and follow the fuzzy green ball with your eyes, you will see it is an empty space where the purple ball used to be, there is no green fuzzy ball.

IF you concentrate on this image for long enough an astonishing thing will happen.
After about 30 seconds the swirls of colour will disappear entirely.

It’s an example of a phenomenon known as Troxler’s fading.

This optical illusion takes a few moments to fully appreciate. Stare at the cross in the centre of this blurry image for a few seconds.

What should happen is that purple balls should begin to fade one by one, until they're almost invisible to your eye.

The effect was first discovered in 1804 by a Swiss physician.

If we fixate our gaze on a particular point, unchanging stimulus around the area will gradually fade away and disappear.

Scroll down and take a look at the picture below, focus your eyes on the dot in the middle of the picture, after a very short while the colours will disappear and you will only see a white page in front of you.